Everything will not be all right

Thanks to the contribution of  the website Italy Heritage, here you can find an english version of the article ‘Non andrà tutto bene’ written by Gian Luca Garetti

…if once ‘a nuttata* is over, everything will be as before and there will be no paradigm shift. This pandemic can be a great opportunity for an eco-socialist turn. The answer cannot be only “reactive”, that is, limited to drugs, vaccines, subsidies, to the good-naturedness of balconies. In these sad times, that go by the name of Anthropocene and Capitalocene, either a radical turning point is embraced at the level of climate change, at the level of environmental care, at the social level, at the economic level, at the level of health, which must be public, or things will certainly not be all right.

The big problem of this pandemic is that respiratory emergencies arrive all together at Resuscitation Departments, and our health system – which in the last few years has been increasingly privatized and reduced – cannot cope. If staggered, emergencies and then deaths go unnoticed. Just think that according to WHO, the World Health Organization, about 8 million people die every year from air pollution. In China alone, the death toll is over one million. In Italy 80,000 deaths are due to particulates, nitrogen dioxide, ozone. Nor should it be forgotten that in Western countries 91% deaths are caused 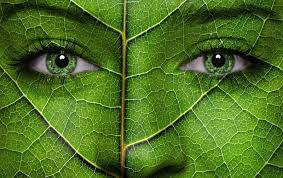 by non-communicable diseases (cardiovascular or respiratory diseases, tumors), which are closely linked to the intoxicated environment where we live, while 9% are caused by infectious diseases.
For those who desire other negative data, we might mention that in Italy every year about 90,000 deaths are caused by cigarette smoking (1-2 thousand for passive smoking); road accidents cause 3,330 deaths and 243,000 injured; in Italy, about 10,000 people die every year because of antibiotic resistance, which is among the main health emergencies. For this reason, 700,000 people die every year in the world. One of the causes is the massive use of antibiotics on animal farms. In Italy, according to the latest EMA (European Medicines Agency) data, almost 70% of antibiotics sold are intended for farm animals.

In this article focus will be on the present health emergency, more specifically on the consequences of close relationships with the animal world, due to climate change, and the perverse synergy between smog and Covid-19. 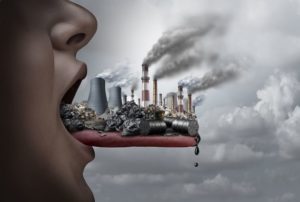 It immediately catches the eye that the two largest outbreaks of this pandemic, China and the Po Valley in Italy, are two gas chambers, industrial areas with a high rate of atmospheric pollution. It would be surprising to find that air pollution did not affect the risk of getting sick and dying from Covid-19, since exposure to particulate matter alone is itself a cause of mortality, especially in people with pre-existing conditions.
What will have to be assessed in the coming months is how negatively the exposure to air pollutants, such as particulates (PM2, 5, 10), nitrogen oxides (NOX), ozone (O3) has influenced the prognosis of Covid-19.

In an interesting study on SARS, an epidemic that, as we have seen, has a number of similarities with Covid-19, entitled “Air pollution and case fatality of SARS in the People’s Republic of China: an ecologic study” by Yan Cui, it is shown how “air pollution is associated with increased fatality of SARS patients in Chinese population.” “The biological explanation could be that long- or short-term exposure to certain air pollutants could compromise lung function, thus increasing SARS mortality”. This study also linked the different mortality rate of SARS with the level of air pollution: SARS patients who lived in regions with poorer air quality had an 84% higher risk of dying. The ultrafine particulate could act as a virus carrier, transporting it into the pulmonary alveoli and exacerbating its virulence.

In another scientific paper, titled “The impact of PM2.5 on the human respiratory system” by Yu-Fei Xing, it is stated that the damage of PM2.5 for lung cells is caused by the interactions between inflammatory cells and cytokines, very similarly therefore to and synergistic with Covid-19 (see “cytokine storms”).

In the scientific work of Wei Su et al. entitled “The short-term effects of six air pollutants [PM2.5, including PM10, NO2, O3, CO and SO2] on influenza-like illness (ILI)” shows that air pollutants can increase the incidence of flu-like illness, both by decreasing the immune system and by the altered production of cytokines: “Exposure to PM 2.5 not only resulted in epithelial airway damage and barrier dysfunction, but also reduced the ability of macrophages to engulf viruses, increasing an individual’s susceptibility to viruses” and again, “the tissue lesions induced by PM 2.5 may be related to impaired cytokine production. PM 2.5 can compromise the phagocytic activity of alveolar macrophages“.

It is therefore not too far-fetched to speculate that the perverse synergy between the SARS-COV-2 virus and air pollution could be one of the causes of the special severity and spread of the Covid-19 pandemic, in China, in the Po Valley, in South Korea, that is, in areas all with a high pollution rate. But as we know, pollution has become ubiquitous. It is essential to start taking drastic measures immediately to reduce the level of air pollutants, and not only that. Another type of economy is necessary. This pandemic is a general test of how neoliberalism, along with pollution, with climate change, with the exacerbation of inequalities, is leading us straight towards the sixth mass extinction. We cannot trust only the weather or pandemics to clean the air. 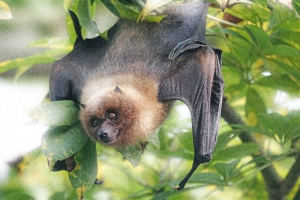 Most of the emerging infectious diseases (EID) are zoonoses, which means they started in animals and then “jumped” to humans. Many animal viruses have made a species jump (or spillover), that is, they passed from birds (both migratory and resident on farms and in markets), due to unnatural “pressures”, from their animal / natural reservoir to humans. Over the past twenty years, a number of viral epidemics have been reported: severe acute respiratory syndrome (SARS-CoV) in 2002-2003 and H1N1 flu in 2009. More recently, the Middle East Respiratory Syndrome Coronavirus (MERS-CoV ), identified for the first time in Saudi Arabia in 2012, and Ebola – which currently appears to be heading towards complete remission. The current pandemic virus has been called SARS-CoV-2 as it is very similar to the virus that caused the SARS epidemic (SARS-CoVs). All these viruses are potentially pandemic, that is, they cause large-scale mortality and morbidity, and as side effects they interrupt commercial and travel networks, give rise to social unrest and produce devastating economic effects.

COVID-19 can be a mild (81% of cases), moderate (14% of cases) or severe (5% of cases) disease. Serious clinical manifestations include severe pneumonia, ARDS (respiratory distress syndrome), multiple organ dysfunction (MOD), sepsis and septic shock. Preliminary data suggest that the reported mortality rate varies from 1% to 2%, depending on the study and the country. Most of the deaths occurred in patients over the age of 50. Young children appear to be slightly infected but can act as carriers for additional transmission.

In the three main viral pandemics of the last century, which were due to flu Orthomyxoviruses making the species jump from birds to humans, the so-called “Spanish flu” (from H1N1, in 1918-1920); the so-called “Asian flu” (from H2N2, in 1952) and the so-called “Hong Kong flu” (from H3N2, in 1968), there were millions of deaths, largely for pneumonias caused by bacterial superinfection (and therefore theoretically treatable with antibiotics).
On the other hand, in the contemporary emerging infectious diseases, pneumonia is directly caused by an autoimmune mechanism, by “friendly fire”. Covid-19 proceeds in a similar way as SARS, which would attack the lungs in three phases: viral replication, immune hyperactivity and lung destruction. In the second phase, the immune system comes into play, determining excess responses, the so-called “viral fires” or “cytokine storms“, or “severe cytokine release syndrome” (CRS). Alarmed by the presence of a viral invasion, the immune system hurries to fight the disease by flooding the lungs with cytokines, proteins that have the task of eliminating damage and repairing lung tissue. This process, however, sometimes goes haywire and these cells kill everything they encounter, including healthy tissue (as happens with “surgical bombing”). The cytokine storm can then pour into the circulatory system and create serious systemic problems in multiple organs.

A glimpse of hope

To stop the lethal cytokine storm, hope comes from tocilizumab (trade name Actemra), a drug developed by Roche for rheumatoid arthritis, which inhibits the high levels of Interleukin 6 (IL-6), one of the cytokines involved in the above mentioned storm.

Coronaviruses (CoV) probably originated from bats and then moved to other mammalian hosts (intermediate hosts) – the Himalayan palm civet for SARS-CoV and the dromedary or Arabian camel for MERS-CoV – before jumping to humans. Genomic analyses suggest that SARS-CoV-2, the virus of the current pandemic, also originated from bats, and made its species jump, or spillover, from bats to humans without an intermediate host. As a matter of fact, the first cases of CoVID-19 were linked to direct exposure to the Huanan seafood wholesale market in Wuhan.
However, subsequent cases were not associated with this exposure mechanism and it was concluded that the virus could also be transmitted from man to man. Symptomatic people are the most frequent source of COVID-19 diffusion, though estimates suggest that 2% of the population are healthy carriers of a CoV. SARS-CoV caused a large-scale epidemic that began in China and involved two dozen countries with around 8,000 cases and 800 deaths; and the MERS-CoV which started in Saudi Arabia and caused around 2,500 cases and 800 deaths, and is still responsible for sporadic cases. Even the origins of the Nipah virus in Malaysia in 1998 and of the Ebola viruses have been traced back to bats.

Climate change and interactions with animals

Wild animals can be healthy carriers of viruses. In a normal world there would be no contact with man. Climate change forces some species to come into contact with other species that might be vulnerable to infections. We get too close to animals, we invade their habitats, thus increasing our exposure to various infectious agents. Changing land use, such as either transforming forests into cultivated fields to ensure feed for intensive farming or for biofuels, or hunting, can also be responsible for an altered contact with fauna. On the contrary, by keeping the ecosystems intact, reducing intensive farming – a real scourge for the planet – the chances of contact and transmission of pathogens between humans, livestock and wildlife are reduced.

The present: a too close interface with wildlife

About 70% of emerging infectious diseases and almost all recent pandemics originate in animals (mostly in wildlife) and their emergence derives from complex interactions between wild and / or domestic animals and humans. Disease emergence correlates with the density of the human population and wildlife diversity, and is piloted by such anthropogenic changes as deforestation and expansion of agricultural land (i.e., changes in land use), intensification of livestock production and an increase in hunting and wildlife trade. (Moreno Di Marco et al. – Opinion: sustainable development must take into account the risk of a pandemic – PNAS 25 February 2020 117 (8) 3888-3892) https://doi.org/10.1073/pnas.2001655117)

The future: everything will not be all right

If there is no change of paradigm, the increased human population – estimated at around 11 billion in 2030 – will require more and more increases in agricultural and animal production, which will expand the agricultural use of antibiotics, water, pesticides, fertilizers and contact rates between humans and wild and domestic animals, all of which will involve the emergence and spread of infectious agents (Jason R. Rohr, et al. Emerging human infectious diseases and the links with global food production).

* “Mo’ ha da passà ‘a nuttata” is an expression in Neapolitan dialect from a comedy of Eduardo De Filippo meaning “the night will have to be endured” as reference to a patient for whom everything possible was done and only once the night is over they will be able to say if the therapy worked.

Gianluca Garetti – General practitioner and psychotherapist from Tuscany. Actively involved in the environment, he is national vice president of Democratic Medicine and a member of ISDE (International Society of Doctors for the Environment).